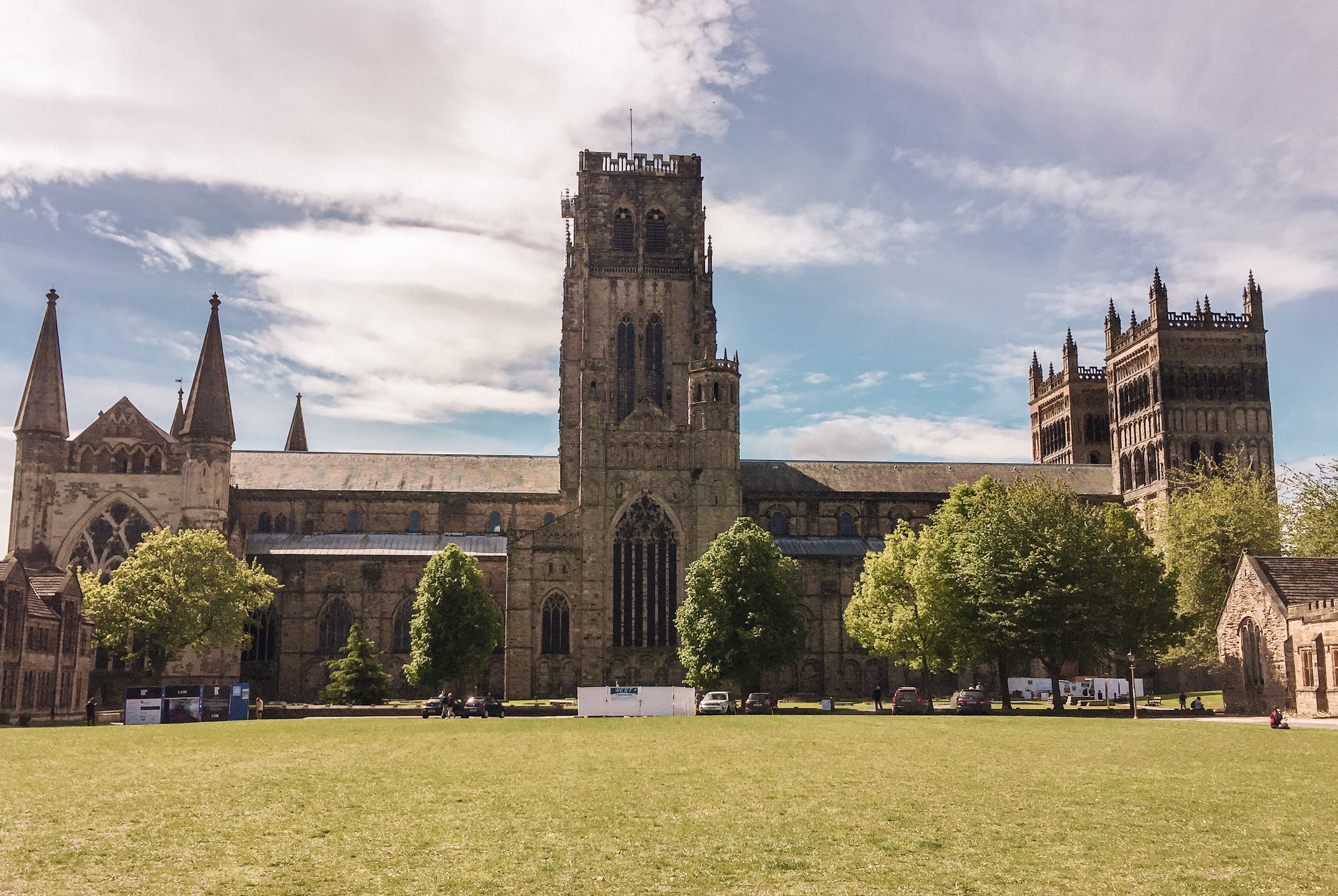 I got to spend some time in Durham for lunch on the way to York and it wasn’t nearly enough time. The city is young and vibrant. The market is a crowded covered building that feels like something you would see at a fair with booths set up with everything you can think of. The little shops are fun with whimsical names and delicious pastries. The cathedral at the top of the hill is a donation only attraction that cost a million pounds a year to keep up because they have so much beauty to preserve.

The Durham Cathedral is definitely a sight to see. The beautiful building is not only tall but spans across the whole lawn and has a small garden in the back. The highest peak was used in one of the Avengers movies as well. The second you walk into the building you come into contact with the beautiful architecture and the stain glass windows with intricate designs. The beautiful rose window that comes into view the second you walk into the main area and the design is flooring and intricate. The other windows are all just as beautiful. I’ve never seen stain glass that looks like watercolor until I went to this cathedral and it was everything you could imagine. The colors just blend and swirl in a way I’ve only see in a painting.

This is not to be out done by the altar which has so much intricate work in it and has the rose window sitting behind and shining light on it. The walk into the podium is colored in so many colors and designs you just want to look at it for ages to make sure you didn’t miss anything. This is only the start of all the other work inside this cathedral. The wood work inside is detailed. The little touches, like the brightly colored clock on the right side of the building as you face the altar, make it so you can wander around for ages and still find new things to look at. Walking around the back of the altar is scattered with little touches of color and intricate detail that you have to see to believe. The cathedral also does services if you’re interested.

The hidden gem hidden behind the cathedral is one of my favorite parts. The Chapel of the Holy Cross is behind the Durham Cathedral and it was used during the war as a medical building for soldiers. It is touched in their garden on a little trail that winds down the side of the building. You think you’re going to the wrong place. We actually only found it because an employee stopped us as we were walking away (after giving up) to bring us down. It is small and cold but such a nice little touch. The cross in the front is light that is filtered through the wall with its original design. The room actually gets so cold is is closed in the winter.

The cathedral is a great little place to go and only asked for a few pounds in donation to walk around and marvel at the beauty. They do have a small museum and that is the only place that costs. I didn’t have enough time while I was there to attend but I hope to another time. The small town was so beautiful and ended up being one of my favorite stops on England during my short stay. 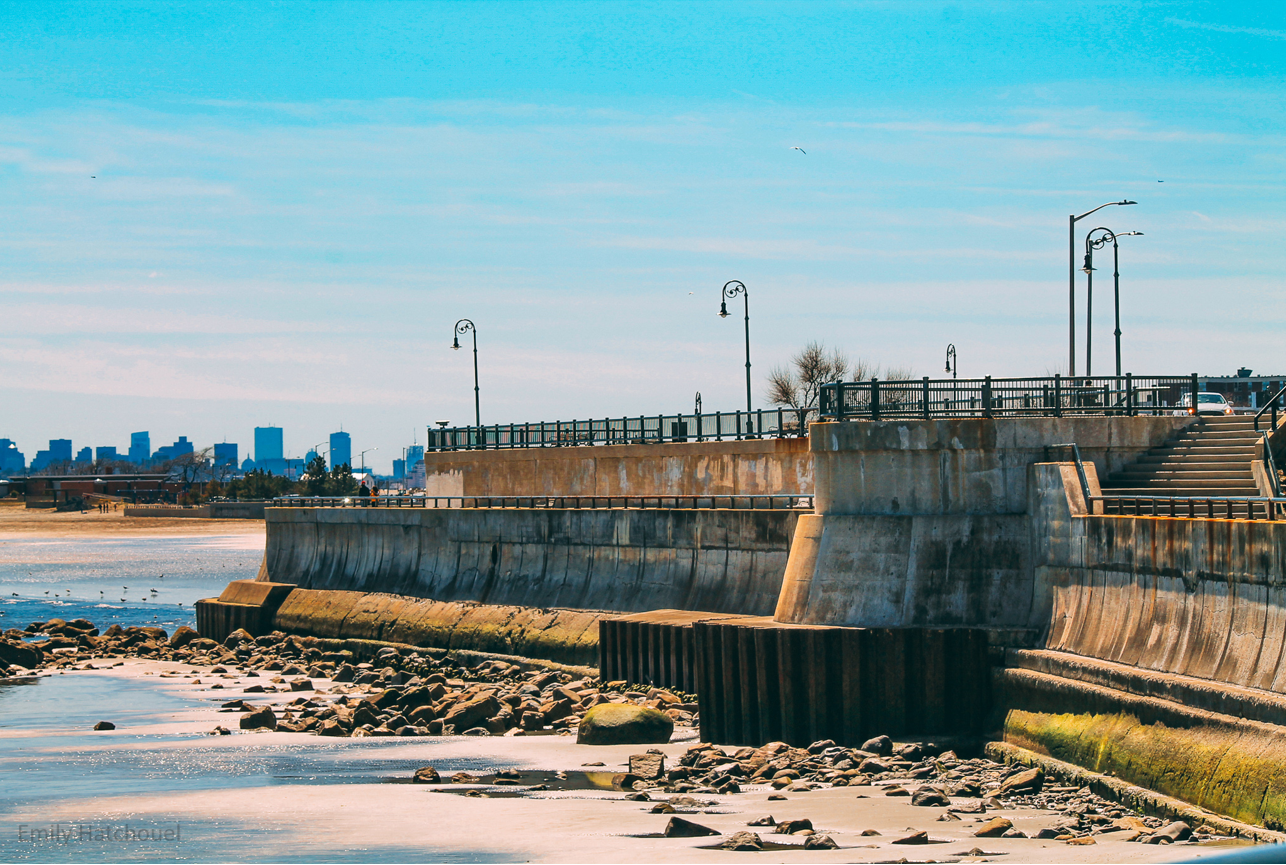 I’ve been dreaming of traveling the world my whole life. I want to visit all fifty states. I want to go to every country. I want to live abroad for a few months, or even years. It’s been on my mind since I was young and I find myself scared now that I actually have my first Europe trip planned. It was unexpected and last minute and it gives me no time to mentally prepare to leave for two weeks. I’m not going alone, which helps, but it is still a daunting idea for me.

I’m heading off to Scotland, England and Ireland in three weeks with a tour group. I had originally planned the trip for September, thinking I would have all summer to prepare for the trip, figure everything out. I’m not usually a last minute kind of person. I buy my flights to Florida two or three months before I go to be prepared. I like having solid plans months in advanced. I planned this trip in October for almost a year out. I planned it on a whim and was trying to ease myself into the idea. I don’t have time to ease myself anymore though. I’m leaving soon.

I don’t know why I scared either. I’ve talked about going abroad for years. I have also made excuses for years. I wanted to study abroad in school, but never got my act together. I’ve tried to travel abroad with friends, but they always back out or say no. I was using the whole no one to go with thing as a big excuse not to go. I found a tour group though, one that would make it so I wasn’t alone. I convinced my brother to go with me. I made it so I had no more excuses and planned the trip. I took the plunge. I almost took it back a few hours later (since you have 24 hours to back out), but I talked myself into not backing out. I’m just freaking out now that I’m leaving in three weeks.

I feel so unprepared for this trip. I’ve traveled a lot, but I’ve only ever left the East coast once. I’ve only been on a plane for three hours before. I’ve never left the time zone. I keep telling myself these things, but I have to stop. I have to hold myself up, do the research in the next few weeks and go. It’s too late to get out now. That isn’t how it works. I’m scared, but I need to do this anyway. I need to start this journey, because once I do, I know I won’t be able to stop. This is the first step in my travel journey and it’s scary, but I have to stand on my own two feet and stop making excuses. I need to overcome the fear by getting on that plane and going.